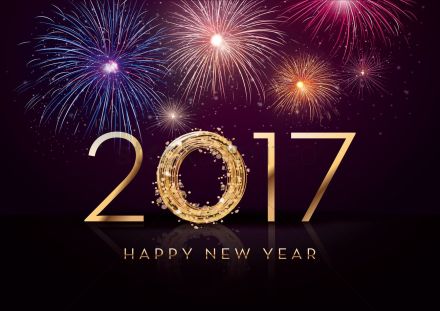 While it was too early to do a test, and too early to get our hopes up, I had an inkling that I was pregnant. I was unjustifiably tired, I had heartburn from a glass of water, and I didn’t fancy gin. Something was definitely amiss.

To the big wide world, 2016 was a bad vintage. It began and ended with some really high profile, untimely deaths. Headlines every.single.day make me worry about the world we’re bringing our children into. And then there was the whole Brexit business – whatever way I voted (and that’s my business), I saw a side to social media that depressed me, as everyone turned Politician and openly criticised half of the population for having a different opinion to theirs. Media has already written 2016 off as being pretty rubbish.

For my little clan, 2016 has been a mixed bag but ultimately one of family, adventures and gratitude.

2016 was the year that we braved a foreign family holiday. With pretty traumatic experiences under our belt of far-flung trips to…errrr… Tesco, we can’t be blamed for ‘staying local’ until Bear was a bit older. But we bit the bullet and went to Greece for a week in June. It was the best week. Bit of a baptism of fire compared to previous holidays, and it took us half the week to relax into it, but we made some pretty awesome memories. One of those memories is NOT the time I dealt with a poolside + swimming nappy + Code Brown situation. In fact, I’m doing all I can to forget about that little incident.

2016 was the year that cemented our love for the NHS. My pregnancy was ok, but it was more complicated than first time around. I saw the inside of the Royal Glamorgan way more than I’d have hoped (and am eternally grateful for free carparking at the hospital, as we’d be remortgaging if we’d have had to pay). Our hospital season ticket continued to be put to good use after The Boy joined us in September. He was born with polydactyly – that’s extra digits to you and me. As his cousin succinctly explained, it meant he could count to 12 on his hands, and 11 on his feet. Handy, but not ideal. So at 12 weeks old he (and we) became familiar with the plastic surgery department at Morriston hospital in Swansea. This was all after spending 4 days on oxygen and a feeding tube courtesy of a bout of bronchiolitis. The NHS gets a bashing daily, but not from us. It takes some doing to be under the pressure those doctors, nurses, registrars and consultants face and yet still make every patient feel like their only priority. For that we will be eternally grateful.

2016 was the year Bear started school. Well, nursery. Buying school shoes and a uniform for a (just) 3 year old, while being 8 months pregnant, tested all of my emotional maturity. I *may* have cried. Having spent a whole academic year dropping her off at playgroup and contending with her tears every day (apart from in her last week, obvs), she has settled into school amazingly. In fact, a few weeks back she had a strop because I wouldn’t take her to school. It was a Saturday.

2016 was the year I met my match. As her speech has come on (and trust me, she gets enough practice), I have found myself trying to reason with a miniature version of myself. And that’s annoying. “I asked you not to do that”, “it’s NOT FAIR”, “I can’t pick my cup up, I’ve got a bad cough”and “Mummy & Daddy – come on down!“ are regular reminders that she’s cheeky, funny, argumentative and growing up. And after talking non-stop on a car journey from Norfolk to Cardiff, I believe I’ve scraped the surface in understanding what it must be like to be married to me. Sorry about that, Paul.

Of course, 2016 was the year we became a team of 4. Our not-so-little boy arrived in September, all 10lb 7.5oz of him. We figured it was only fair that #2 would be a content, happy, calm baby, but no – he’s as unsettled as his sister was, so we’re riding that wave (again) at the moment. But seeing Bear as a big sister, seeing Paul with his son, seeing smiles (when he’s not crying) remind me why we’re doing it. At least this time we know with confidence (and not just hearsay) that it WILL get easier.

Unlike a year ago, today I very much fancy gin. I suspect Paul does, too, because as I write this he is crawling around the floor “being a horse” while Bear whacks him on the head to get him to do laps of the lounge. In fact, ‘mummy’s medicine’ is coming into its own at the moment. One of these days I’ll blog about it, in the interests of being honest, but New Year is not the time for all that. Let’s just say that the promise I made to myself before The Boy was born has proved to be quite a useful reminder that, behind filtered photos and edited accounts of family life on Facebook, having kids can be really REALLY hard. And it’s more than OK to admit it.

So Happy New Year you lovely lot. I’m useless with resolutions, and ‘drinking less’, ‘swearing less’ and ‘eating less chocolate’ aren’t worth the paper they’re written on. But I’m going to try and take each day at a time in 2017. I kinda have to. And when each day is up, and my children are snoring away contentedly, I will remind myself that we’re doing ok. And that’s good enough for me. 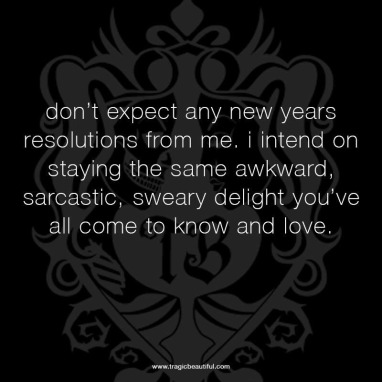