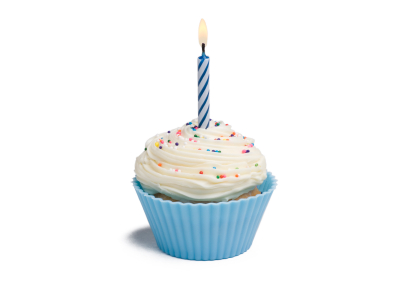 So now it’s your turn. One. 12 months that were a mixed bag of long hours and short months, and here we are a year on from our frantic family life of 3 to find that that wasn’t frantic at all. That was a walk in the park…

This time last year I was waiting patiently down the Royal Glamorgan. All sorts of things led us to go for an elective c-section, not least your size. I was HUGE. I didn’t realise the extent of my hugeness at the time, and (in general) people were polite enough not to labour the point until you had come along. The midwife placed her bets at you being a 9lb-er, but even she was wrong. All 10lb 7.5oz of you arrived at 12:50pm, and Project Family was complete.

You must have been in cahoots with Bear when it came to your first 4 months on planet earth. They were loud, screamy, unsettled and very (very) much awake. We knew history was repeating itself when even your sister would automatically go and mute the baby monitor when the screams kicked in 4 minutes into a nap. Something seemed to dawn on both of you at 6 months that sleep wasn’t a form of torture – it’s pretty necessary, and actually quite nice. But man alive those early months were tough. We found ourselves again nodding politely as strangers told us to cherish the first few months, they go so quick. And second time around we knew this, we agreed with them, we knew they would whizz by. Did we wish them away? No. Would we go back to them? Absolutely no chance.

Because these days you’re happy. You are such a smiley little chap, you make a dozen friends every time we go to the shops, you and your sister dote on each other, and seeing you play and giggle together (kind of) makes up for the weeks and months that we couldn’t hear ourselves think. 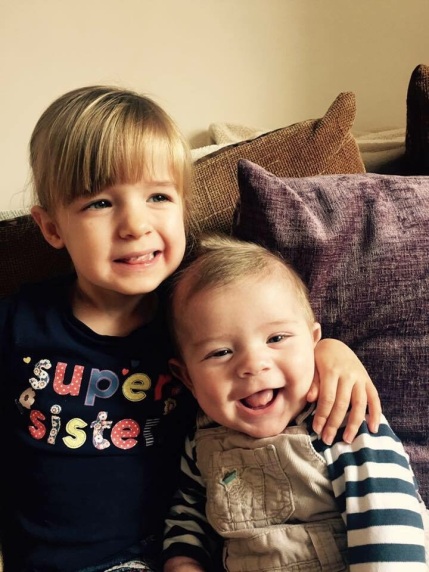 So what have we been up to? We have been to all sorts of music classes, where you’ve followed in your sister’s footsteps of crawling off to sit with anyone but me for the duration. We went along to baby massage classes which you clearly enjoyed. And I mean CLEARLY. Let’s just say that lying nappy-less on the floor made you, err, visibly happy. Every week. For 6 weeks. The joys of boys, eh?

We’ve been school run buddies to retrieve your sister, and you’re already on the charm offensive with the teachers at her school. And you’ve built quite the reputation at Bear’s weekly ballet classes, where you choose the 30 minutes we are there to explode through your nappy every week. Without fail. Thanks for that.

You’ve started some sort of recce of UK hospitals, seeing Morriston, Royal Glamorgan and the Dorset County Hospital all in your first 9 months. A spell of bronchiolitis was followed by your little operation to remove extra digits, meaning you can now count to 10 like the rest of us. And then our first family holiday to Dorset in June was kicked-off with a day trip to Dorchester’s Children’s Ward with tonsillitis.

That little outing was the start of 4 days where you went off your food. Such a momentous occasion I almost put a press release out. Food. You are (praise the lord) the exact opposite to Bear. You LOVE food. You’ll try anything, and you’ll usually finish it. I can take you out for lunch because you don’t use meals out as a chance to lob food missiles around. You’d bite my hand off given half the chance, and I no longer dread meal times! (And I make no apologies if I sound like *that* annoying mother who bangs on about their child actually enjoying food – you only have to read a few of my blog posts to understand that child #1 has been, and continues to be, a right royal pain when it comes to eating. So I deserve an eater, right? Right.) Bear, of course, remains at war with food; recent excuses for leaving half a meal include “my tongue is full”, “I have a hurty ear”, “my eyebrows are tired”, “I miss Nana and Grandad”, and “I haven’t had a cuddle since I sat down.” But fear not, Bear, because your brother is a like a human hoover and regularly sits, Labrador-style, at your feet waiting for you to hand-feed him scraps anything you don’t want to eat.

We’ve had our first holiday as a team of 4, spending a week in a gorgeous cottage exploring Dorset (and its local hospital…). We’ve been to Sandringham and Windsor Castle, part of our tour of the Queen’s houses (one of your sister’s favourite things EVER). You LOVED Legoland, despite being too young to go on anything – but they had cafes, I had snacks, so you were in your element.

Your favourite things include emptying the bottom shelf of our bookcase at least 4 times a day, removing (and trying to eat) corner protectors, going in a lift (don’t judge me – it’s a cheaper day out than Legoland), waving and smiling at strangers, dancing to music – nursery rhymes, radio adverts, Beyonce, you’re not fussy. And food. All the food.

One of your least favourite things is shop changing rooms. You’re happy to go into a shop (which is more than Bear ever did), but you won’t tolerate any trying-on of clothes. Here is photographic evidence to prove my point.

Happy birthday to the happiest, smiliest (apart from in changing rooms), busiest and hungriest boy we know. We had a trial run of singing Happy Birthday on the weekend, and you screamed the house down. I’m hopeful that, with cake, you might endure our singing today – it would be rude not to.

Here’s to another 12 months of adventures and making friends, our International Man of Mischief. 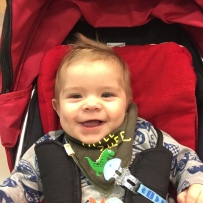 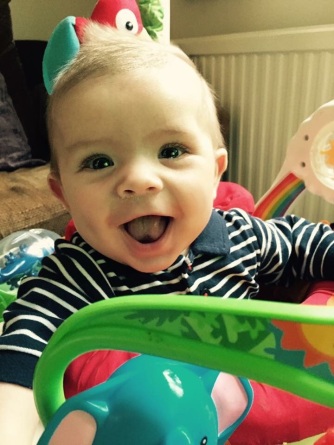 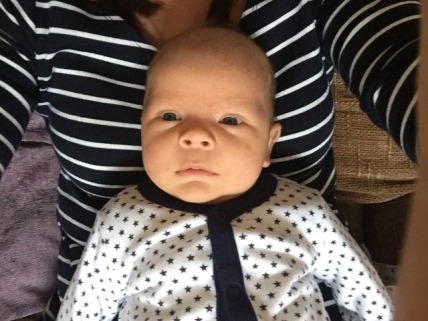 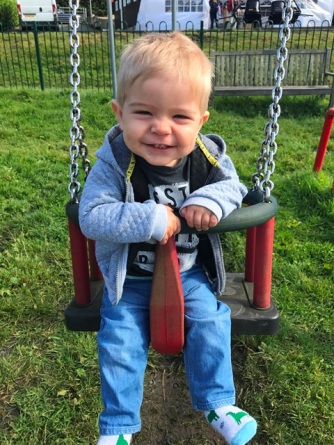 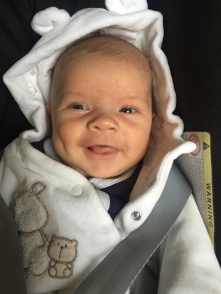 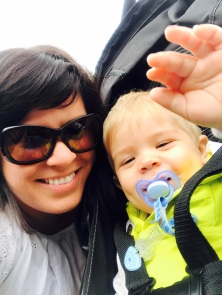