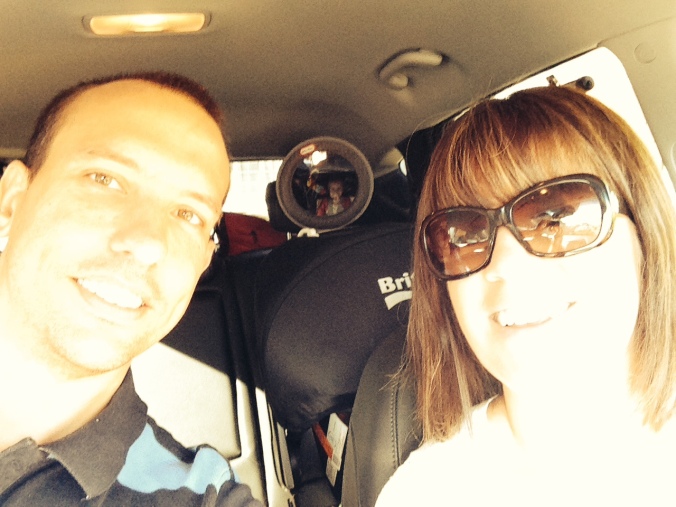 It’s a common problem, and I’m sure we’ve all been there – the husband has a week off so you plan a load of days out in the local area only for 60 world leaders to descend on your doorstep. OK, not your actual doorstep – I can’t quite picture Obama hanging out in our porch. But you get the idea.

Paul has been off and we had a whole list of things to do and places to go, then remembered that the Nato summit is being held down the road at Newport’s Celtic Manor Resort. You could be forgiven for telling us just to avoid the Celtic Manor, or Newport if we’re being over-cautious. But if you had listened to local media for the last few weeks it would appear it’s not that simple…

Schools went back today, right? Wrong. We found this out on our visit to Cardiff’s international pool. Bear has mixed feelings about swimming; she loves water in the bath, but is never sure whether to laugh or cry when we go to a full-on pool. Today was a good trip though – lots of smiles, splashing and general merriment. And because every day’s a school day (or not, as it turns out), we learnt that towels don’t work half as well in a changing room as they do in your own bathroom. It’s apparently impossible to get dry – towels just lose their power. Why is that?

We also turned our house into a gallery on Monday. After our photoshoot last month and a fruitless shopping trip to find a multi-aperture frame, we DIY’d it; big frame + big piece of card + patient husband =

We thought we’d take advantage of term time and have a day trip to Bristol Zoo Gardens. Bear LOVED it – the underwater tunnels through the aquarium, penguin and seal enclosures, the gorillas, meerkats and she found a kindred spirit in the chimps who didn’t sit still for more than 7 seconds. Well worth a visit, especially while entry is free (under 2s). 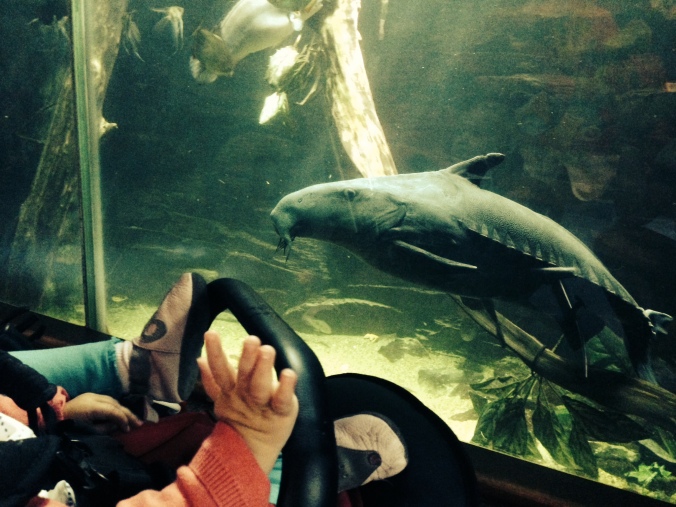 Obama’s imminent arrival in Wales could really be felt today. Between Bristol and home we counted 72 on-foot officers, 47 police vans and bikes, and 2 military helicopters. Yes, we counted them (think of it as a more topical car journey time-killer than I Spy). At one point a convoy of bikes, vans and a helicopter whizzed past escorting a car – cue much excitement. But unless Obama has taken to travelling in a 3 year old Vauxhall Astra, my guess is it was just a practice. I waved just in case, obvs.

Oh – and ENGLISH schools didn’t go back today. And Bristol is in England. Go figure.

Started Wednesday with a trip to Ellie of Inskin Beauty. I met Ellie a month or so ago and she has set up her own beauty business from the comfort of her lovely home in Miskin. I spent 2 hours (yep, 2  hours) being pampered and spent the rest of the day yawning, which can only be a very good thing. A few salons have popped up near me in recent months, but there was something a bit more luxurious about not going to one of them and going to someone’s house (in my head that made perfect sense. If you have no idea what I’m on about, go and see Ellie).

And then came the afternoon, and Bear’s 1 year jabs. She cried, I cried, Paul rolled his eyes at me, I cried some more, then Bear and I consoled each other over a blueberry ricecake which she threw on the floor in protest (or as standard, depending on how you look at it).

Finished the day with a trip to Mothercare and a lesson on the next car seat for Bear – bit of a minefield, that. Turns out we can’t/don’t need one yet anyway – she’s not 20lb and therefore, by law, needs to remain rear facing and has lots of time left in this one. Any recommendations for a seat that will last until she leaves home would be most welcome – at this rate I reckon the house will be full of seats and ISO-bases by the time I’m 40. Why can’t all of these manufacturers make seats that will all fit the same standard ISOfix fittings, and vice versa!?

So Obama’s in town, the police are out in force and most of Cardiff city centre’s roads are closed or obstructed, by all accounts. And if we had an ounce of common sense, we wouldn’t heading East towards Newport.

So we decided to head West, away from all of the Nato business (I didn’t think my advice would be called on mid-Summit), and ended up in Swansea, or Mumbles to be precise.

In 2006, a group of friends and I went there on a hen do and drank our way along the infamous ‘Mumbles Mile’ stretch of pubs and bars. We donned our fairy wings and obligatory matching t-shirts, had our photos taken with a policeman and invented all sorts of nonsense drinking games. 8 years later and we strolled along the promenade testing out Bear’s new wheels…how times have changed.

And while Obama, Cameron et al head into Cardiff for an evening of dinner at the castle and 2-for-1 drinks in Tiger Tiger (apparently), I sat and cried at DIY SOS. #standard

They advised people not to venture into Cardiff during the Nato summit. Lane closures, road closures and general travel chaos apparently. They also said that a man would never land on the moon (probably not the same ‘they’, granted), and they ignored that advice. So we went into Cardiff – we’re crazy like that.

Thankfully everyone else must have listened to the advice, as the city centre was the quietest we’ve ever seen it – hurrah for that. Restaurants were empty, no queues anywhere, roads were quiet and there was something pretty cool about wandering past the castle less than 24 hours after a big important knees-up.

Look, I watch the news as much as anyone else – I wouldn’t say I’m particularly up on politics, and I know I am easily swayed by the opinions of social media. But there has been a lot of moaning over the level of security, the number of police, the miles and miles of 3-metre high fencing, the closing of airspace blah blah blah, but I’m pretty pleased we had this week off to travel locally and see some of it in action. In the grand scheme of the world (which is a big place), Wales is a small part of an already small island, so isn’t it kinda cool that little old Newport was the host for an international shindig like this? I think so.

One thought on “Zoos, trikes and Nato – our week of family fun”